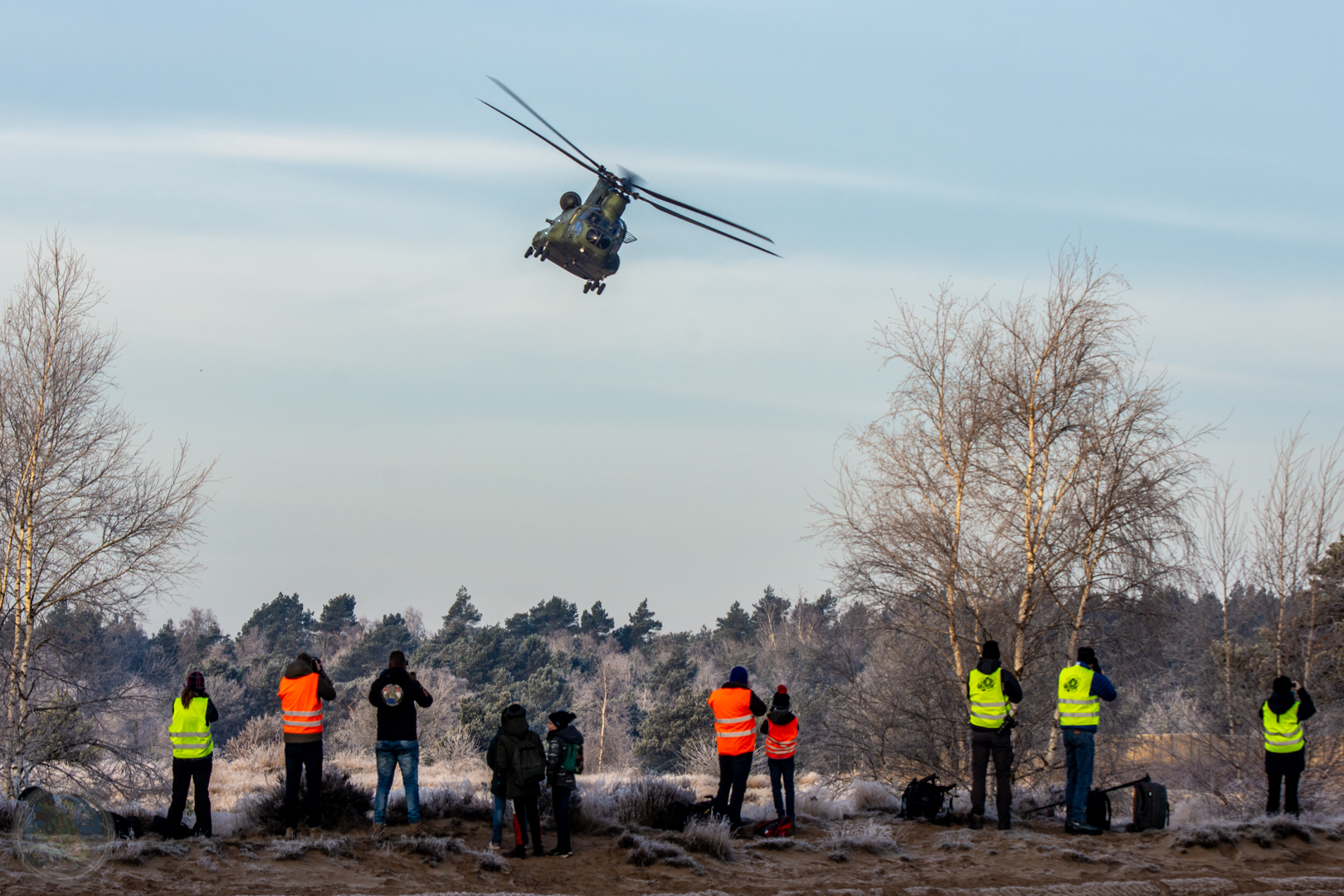 on the 22nd of December it wasn’t hard to tell something was about to happen when we antered GLV-V. Cars parked along the sides of the road (where there’s normally a couple of cars in the parking area, but these were more than full already).

And good reason there were so many people! This day we said goodbye to the last of the D series Chinooks in The Netherlands. The final D series to say goodbye was the D667 “Rodney”. All Chinooks in the Dutch airforce are now of the Model F (CH-47F MYII-CAAS). These new Chinooks are new orders, or completely refurbished and refitted older models. (See here for delivery of 2 of them a couple of months ago)

Back to the topic at hand, the final goodbye of the D667! And what a goodbye it was… It only lasted a couple of minutes but what a show! (after that, it did a tour over NL, and said goodbye to old airbases and other landmarks that played a role in the D series history). Great crew as always, some very cool fly-by’s, brown outs and of course the final wave from the gathered crowd on the ground, and back from the crew.