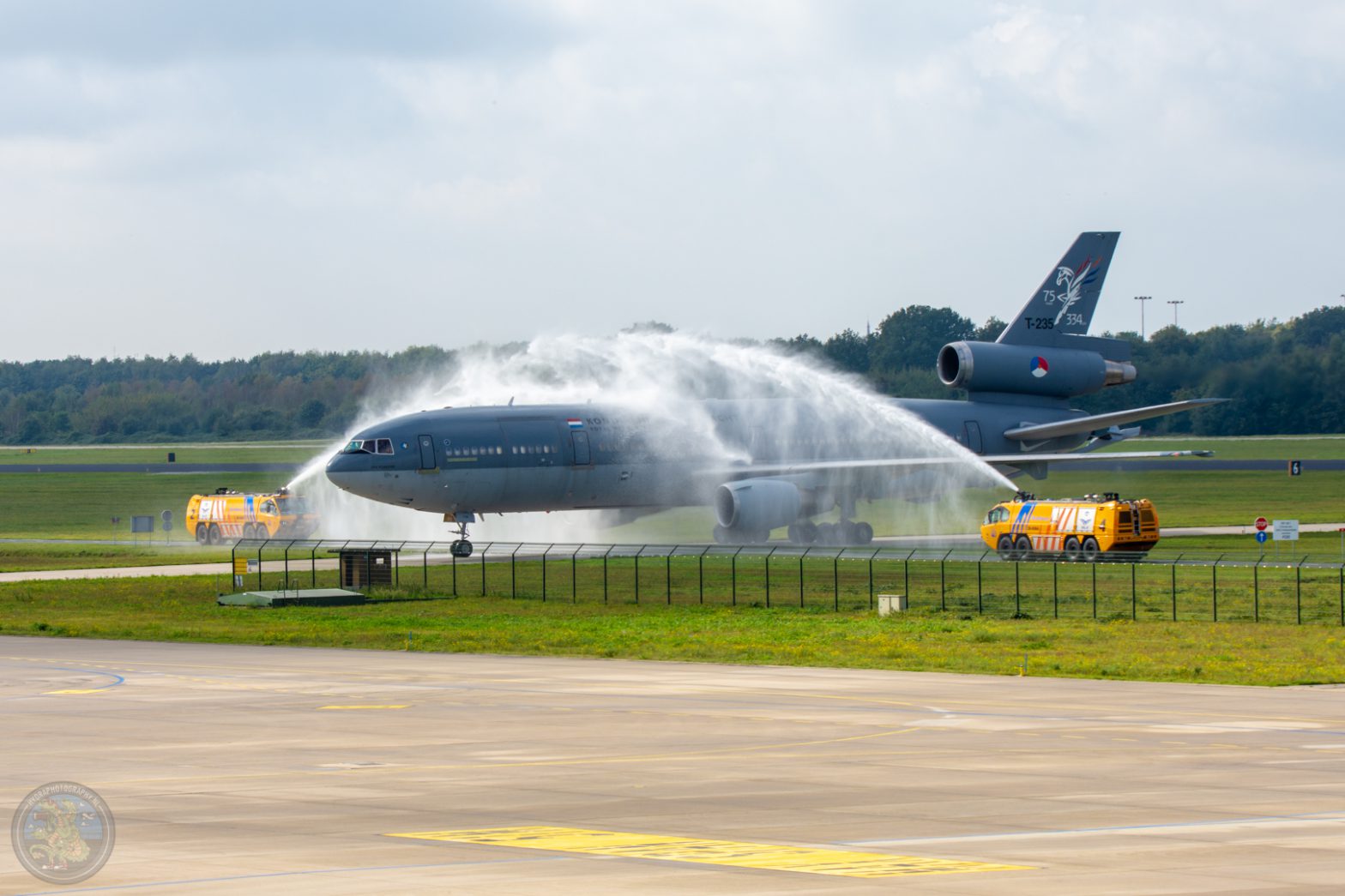 Today we said goodbye to the KDC-10, T-235 Jan Scheffer, from 334 Squadron in Eindhoven airport (EHEH).
Originally delivered as a DC10 for Martinair in 1973, this plane was converted to it’s new role in 1995 together with it’s sibling, the T-264 Prins Bernhard. After retirement both aircrafts would continue service in the United States, deployed in the same fashion as tankers and air to air refuel aircrafts for Omega Aerial Refueling Services.

The KDC 10 will be replaced by the Airbus A330 MRTT, of which The Netherlands has aquired 9 for it’s part as NATO’s Multinational MRTT fleet.